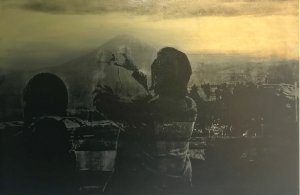 
From the moment Norrie began exhibiting in 1982, her work has been
highly regarded for being both conceptually and materially advanced. In 1987, she
won the first Moet & Chandon prize for an artist under 35, which became a
pivotal point in her career. Since then, she has held residencies at Greene
Street Studio, New York, and in New Zealand and Germany. She received the 1997
Seppelt Prize, Contemporary Art Award, Museum of Contemporary Art, Sydney. In
1999 she received an Australia Council Fellowship, and in 2004 she received an
APA Scholarship for PhD Studies at the University of New South Wales, Sydney.