Provenance
The Artist’s Studio, Johannesburg, 2008
Annandale Galleries, Sydney
Acquired from the above in July 2008


"One of the reasons for Kentridge’s exceptional popularity is the way he unites aspects of cultural experience that are often seen as irreconcilable. His work is both international and intensely localised. He takes the most sweeping approach to politics and history, but uses a language of small, intimate gestures.
As a visual artist, he is continually looking for ways to lift his images off the page and bring them to life – through the mediums of animated film, installation, theatre, opera, or puppet show - as the fertility of his imagination pushes him in many different directions simultaneously...

The drawings, prints and small sculptures in this exhibition are part of the mass of collateral material generated by Kentridge’s designs for The Magic Flute, which occupied his attention from 1998, when he first received the commission from the Opera de la Monnaie in Brussels; to 2007, when the final leg of a world tour was held in Johannesburg. Another source is a commission for The Nose, an opera by Shostakovich, based on a story by Gogol, to be staged by the Metropolitan Opera, New York, in 2010." (John McDonald in J McDonald & B Gregory, William Kentridge - Telegrams from the Nose, exh. cat., Sydney, 2008, pp. 4-6 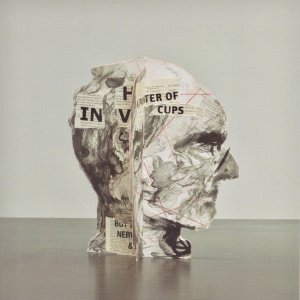 Image courtesy of the artist and Annandale Galleries, Sydney

☆ Add to wishlist
William Kentridge is a South African animator, draughtsman, printmaker and sculptor known for his layered practice of drawing and erasure to create palimpsest-like images. Often using existing pages of text from books or newspaper, Kentridge will draw in pencil, charcoal or ink, creating stop motion animations that, in effect, destroy and replace the previous frame with a new image. His works deliberately leave smudges and other imperfections to reveal the process by which they are made in works that deal with the effects of time, history and the darker aspects of human nature.

Born in Johannesburg, South Africa in 1955, Kentridge studied in South Africa and France and began exhibiting in the 1980s. Descended from Lithuanian Jews who fled Europe during the 1880s pogroms, Kentridge’s parents were anti-apartheid lawyers; his father, Sir Sydney Kentridge, defended Nelson Mandela during the 1956-61 Treason Trials. After a career as an art director on television films and series in the 1980s. From there, he developed his expressionist style to mirror the madness of South African apartheid that shares much in common with Goya’s etchings or the work of the German Expressionists.

For the past decade, Kentridge has created a series of animations, Drawing Lessons, self-interrogations that see him interrogating his own style, references and process: “For anyone who has ever written anything, or drawn anything, or recorded themselves speaking or singing, there’s an enormous difference to one’s sense of self in the moment of making and when you take a step back to become the viewer. As you’re writing, every sentence feels fine. When you’re drawing every line seems necessary. When you’re singing, it sounds great. And when you step back, you are always disappointed.” (William Kentridge, Cristina Ruiz and Ben Luke, ‘Interview: William Kentridge on his life lessons,’ The Art Newspaper, 12 June 2019.)

Kentridge has made 17 animated films, some of which were shown at the 2004 Cannes Film Festival. He has had major solo shows around the world, including at the Metropolitan Museum of Art, New York, USA (2014, 2013 and 2004); the Louvre, Paris (2010); and the Museum of Modern Art, New York, USA (2010 and 1999). In 2015, the National Gallery of Australia, Canberra, held William Kentridge: Drawn from Africa, which toured nationally to the Ian Potter Museum of Art, Melbourne, Ballarat Art Gallery, Ballarat, and the Queen Victoria Museum and Art Gallery, Launceston (2016). His most recent major Australian exhibition at a public gallery was William Kentridge: that which we do not remember, Art Gallery of New South Wales, Sydney (2018-19).