“From late 1949 to mid-1950 Klippel devoted a great deal of his attention to the problem of utilizing the chance element which he felt to be a not insignificant concomitant to the laws of nature. A large number of drawings of this period are devoted to the organization of chance effects into structural units in such a way that accident and intention are indistinguishable.” (James Gleeson, Robert Klippel, Bay Books, Sydney, 1983, p.115) 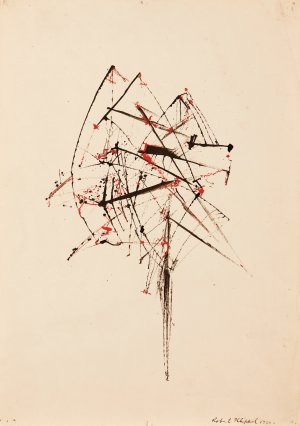