“Standing at the door of his atelier in October 1949 and watching the rain, Klippel was drawn to emulate the process in coloured inks.  The dynamism, explosive energy and pure abstraction of the resulting works, facilitated by the ‘rapid’ medium of drawing, were revelatory. Here, in ‘chance’ effects analogous to natural processes, was perhaps a more direct way of linking to Nature’s rhythms.” (Deborah Edwards, Robert Klippel, Art Gallery of New South Wales, Sydney, 2000, p.55) 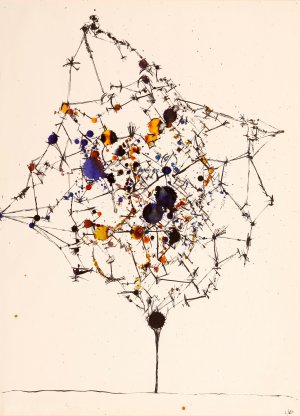