“The collage element in this drawing has been reduced to the role of small entities which provide accents in a large linear construction.” (James Gleeson, Robert Klippel, Bay Books, Sydney, 1983, p.176) 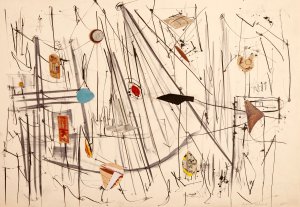