“Many of the drawings of this period can be considered as exercises leading towards the series of welded metal constructions of rods and plateswhich occupied his attention until, in America in the early 1960s, his interest gradually shifted to the possibilities of junk metal.” (James Gleeson, Robert Klippel, Bay Books, Sydney, 1983, p.204) 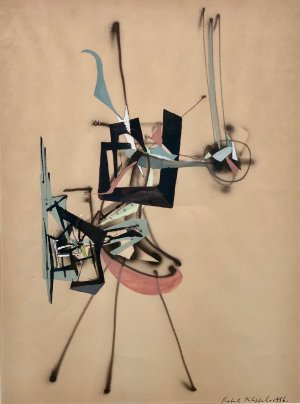