“A drawing for a rod and plate construction of the type that occupied Klippel’s attention throughout the following year, resulting in Opus 74 and Opus 76 to Opus 81. Klippel never translates directly from drawing to sculpture; the drawing serves to sharpen his sensitivity to a particular kind of organization and thus prepares him to work freely and with confidence in the medium of metal.” (James Gleeson, Robert Klippel, Bay Books, Sydney, 1983, p.253) 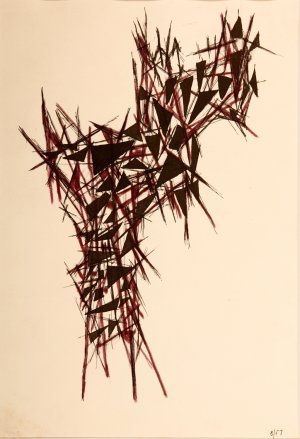