“[1958] was a decisive period in [Plate’s] career. Any reference
to subject within his pictures was now peripheral to the overall intentions of his work, and largely without significance. Renewal and Static of 1958 are among the first essays in this new-found, non-representational freedom.” (Anne Watson, Project 22, Carl Plate 1909-77, Art Gallery of New South Wales, Sydney, exh. cat. p. 3) 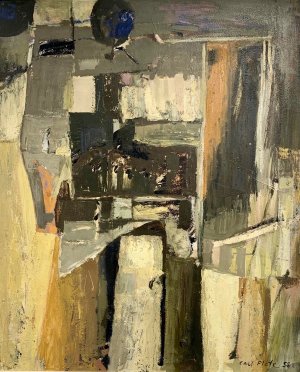