Hybrid Man/Insect with Four Legs, 1983
pastel on paper
signed ‘BOOTH ‘83’ on the reverse (according to label on back of frame) with two labels - with Laverty Collection label ‘Id No. 39’; and further written on label ‘ON THE BACK/BOOTH ‘83’ (both on the reverse)


Provenance
Pinacotheca, Melbourne
The Laverty Collection, acquired from the above in June 1987 (Laverty ID39) 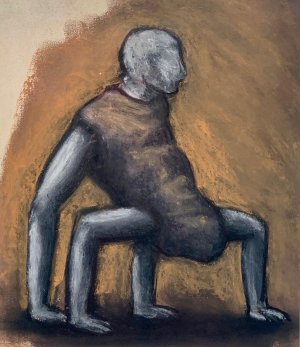