After leaving London, Johnson moved to New York in the 1970s, where he was surrounded by other artists and writers at The Bowery. His works from this period stick closely to the grid, a mirror of his urban setting, but one that also refers to antiquity. 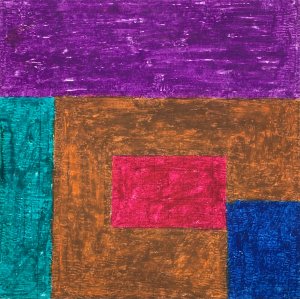