"The first painting my father, Michael Johnson, looked at closely as a child was an intense nocturnal work by Albert Pinkham Ryder called ‘Toilers of the Sea’. In art historical terms, Ryder inspired the early Modernists but was attributed with a naive crudity. Some considered him a cult Romantic landscape painter. Yet through Johnson’s lifetime this small oil painting from the late 19th century moved with him, mapping an evolution of experience, from night fishing in Sirius Cove, to painting minimal shaped canvases in nocturnal hues, through a long passage of gestural work, right up to a painting finished in the first lunar month of this year, Helix (2016).

The force of Ryder’s painting, glowing with a heavy moon, advancing with great curves of paint and receding into the darkness of its own palette, inspired in Johnson two very strong preoccupations. The first was the dynamic relationship between colour and form. And the second was the power of pure abstraction to transmute elemental realities, to put the sea or the night into a painting without depicting it literally.

These ideas sustain and connect a relentless, consistent experimentation with colour and are possibly the only narrative he will ever offer up. His works change but there is a larger tidal force beneath each wave.” 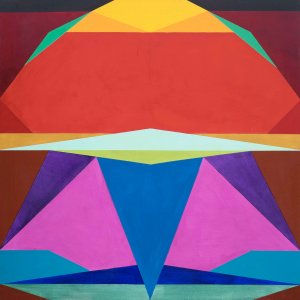 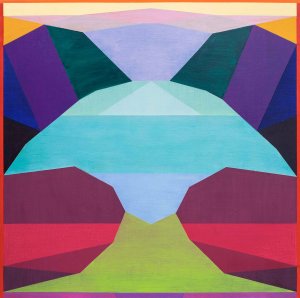 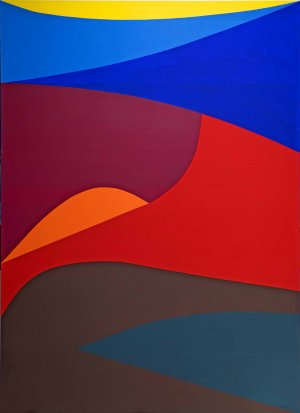